Minimally invasive dentistry has already been a validated concept in the last decades of dental practice, all over the world. Especially the preventive dentistry and the restorative dentistry have been up until now the leading forces of minimalistic approach in the dental care patients were receiving.

Endodontic pathology is at current state belived to be caused by the caries disease process or by cracks/fractures which either expose the dentinal tubules or even the pulp space itself. It is common sense to realize that the success of endodontic therapy (either with pulp survival in cases of vital pulp therapy or removal of the pulp tissue in cases of irreversible pulpitis or necrosis) is dependent on an as close as possible removal of the caries and crack lines which have caused the endodontic disease. Unfortunately, in the classical approach of the endodontic disease, without proper magnification and illumination tools, it is extremely hard and sometimes even impossible to really remove in vast majority the decay or the cracks present in the tooth strucure. And even in the cases when we were succeeding to do this, in some instances we were able to mange this by removing and destroying ourselves too much of healthy dental tissues.

During the last 2 decades, once more and more dentists are using the dental operating microscope and also rotary systems of Ni-Ti (and nowadays even more specific thermally treated Ni-Ti alloys) we manage actually to save much more of the healthy tissue of the teeth while we are still able to perform the root canal treatment to the desired level, achieving the goals we have set for oursevles.

In this case presentation I will do my best to show and explain how I managed to treat an irreversible pulpitis case, caused by dentinal tublues exposure due to an external resorption process. I tried to perform the root canal treatment not only by minimaxing the shape and size of the access cavity, but actually leaving intact  a part of the roof of the pulp chamber. This type of design of access cavity is also known as truss access.

The patient was female, 51 years old, and presented herself with a lot of sponatenous pain in the mandibular right area. Mastication and ingestion of cold drinks made the pain much worse. The pain episdes started few months ago, but in the beginning were not very intense and manageable.

Her dentist did the consult, and after  the clinical and radiologica tests came to the proper diagnosis: irreversibile pulpitis due to external cervical invasive resorption. It was a proper decision to refer the patinet to an endodontic practice where we were able with the aid of the 3D CBCt scan to map the extent of the resorption and to assess if this tooth can still be saved. 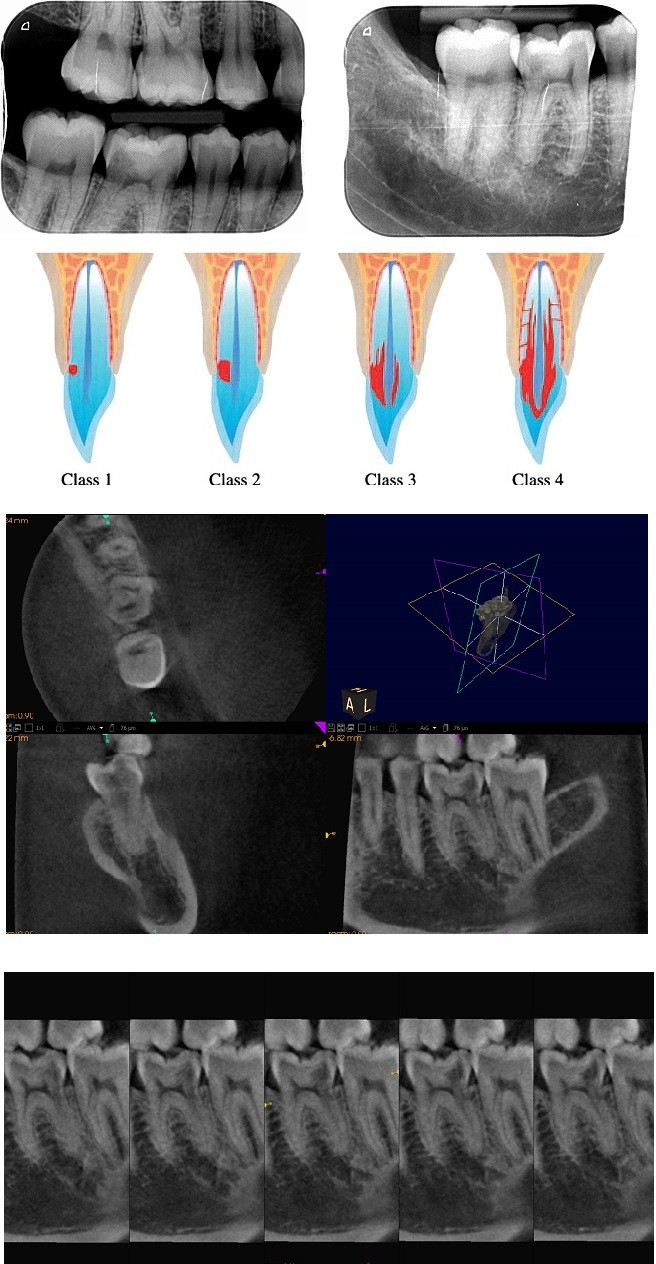 The CBCT analysis showed a class II Heitehrsay external cervical invasive resorption, which might still be treated and the tooth kept on the arch. Still, as it is always normal, the patient had received more options of treatment, in this particular case those were:
1. Saving the tooth while doing a root canal treatment, removing the resorption and then restoring the tooth;
2. Extraction. The patient chose option 2, and declared that she understood the treatment plan, and all the steps we are necessary to make in order to perform the treatment.

After an inferior alveolar block, we waited for the start of anesthesia effects and we confirmed profound pulp anesthesia using the cold test method. 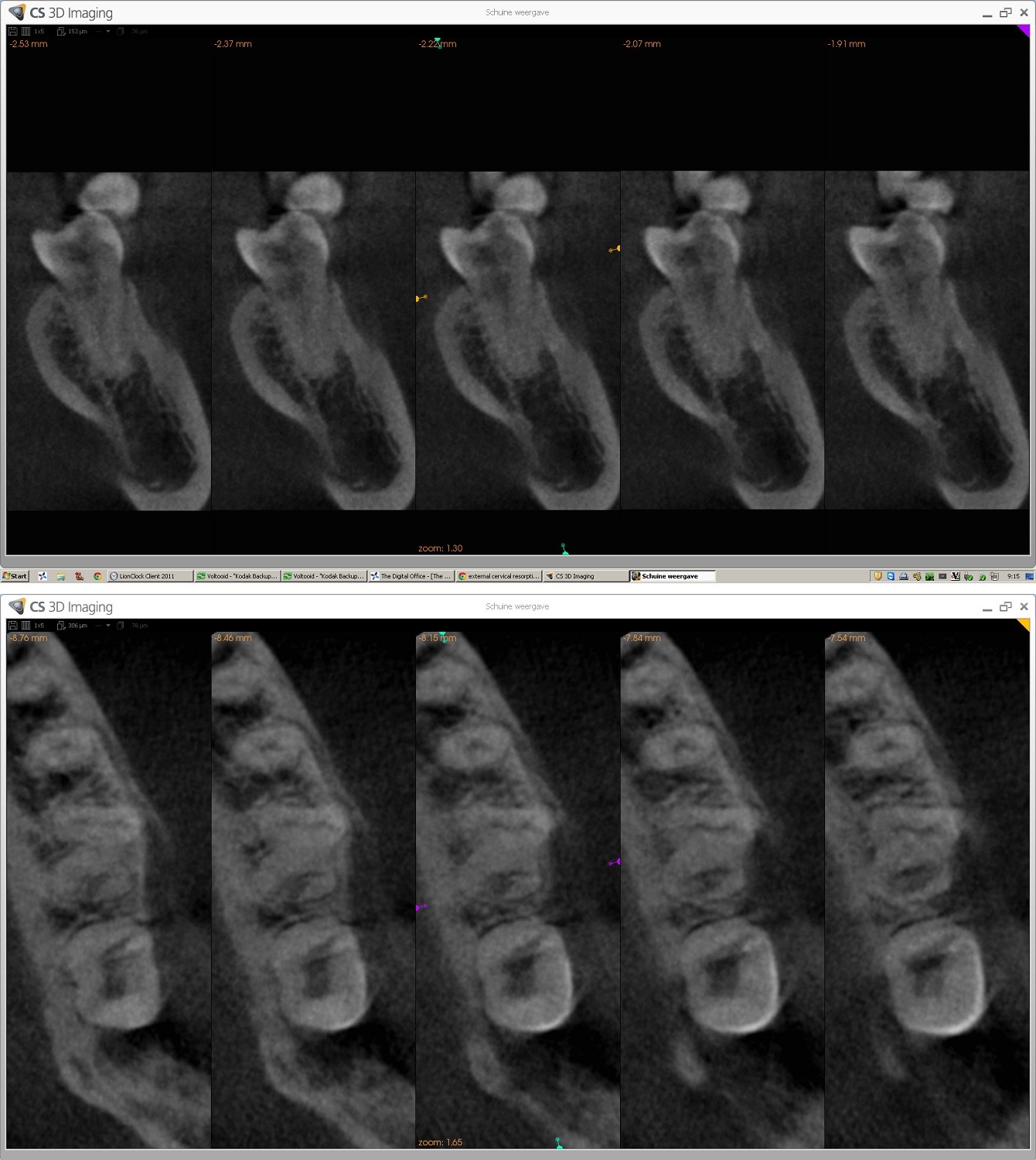 We made the initial acces with a small access above the mesial part of the pulp chamber. The aim of this small opening was to be able to enter and negociate the mesial root canals. All the steps of the access cavity have been performed using the dental operating microscope. The shaping and irrigation part have been followed by drying of the 2 mesial canals and the obturation with guttapercha and sealer.

Then we started making the 2nd opening, above the distal root. The 2 distal root canals have been identified, negociated, shaped and irrigated. 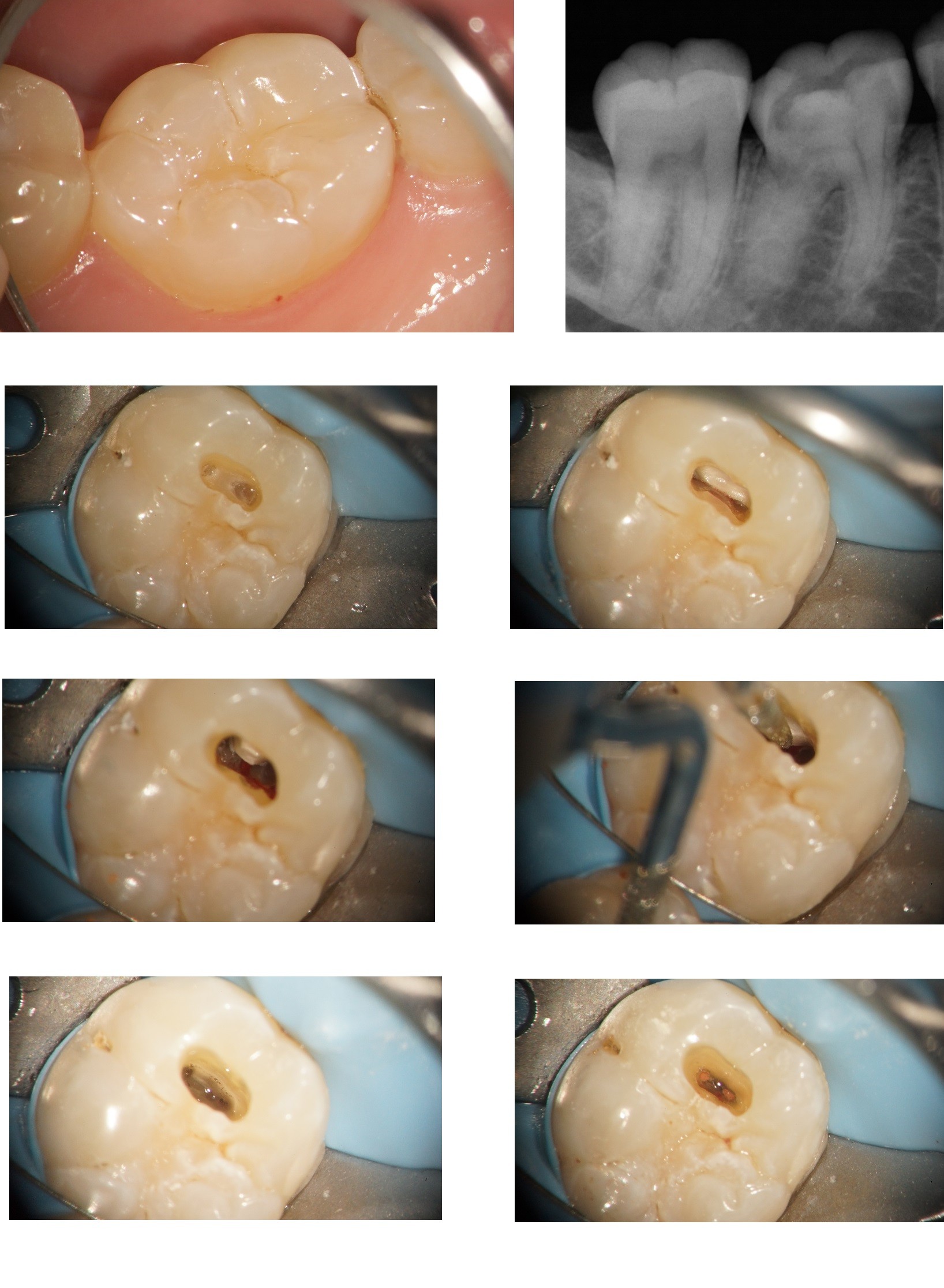 Then we dried the 2 distal root canals and we obturated them using guttapercha and sealer.

For coronal restoration we used a composite resin material and bonding system. We used the same material for filling under the roof of the pulp chamber, allthough another option would have been to place glassionomer cement (less hypothetical problems for light curing of the composite). The only issue with glassionomer cement is that it should be flowable enough to enter in the pulp chamber, under the truss part of the access cavity. 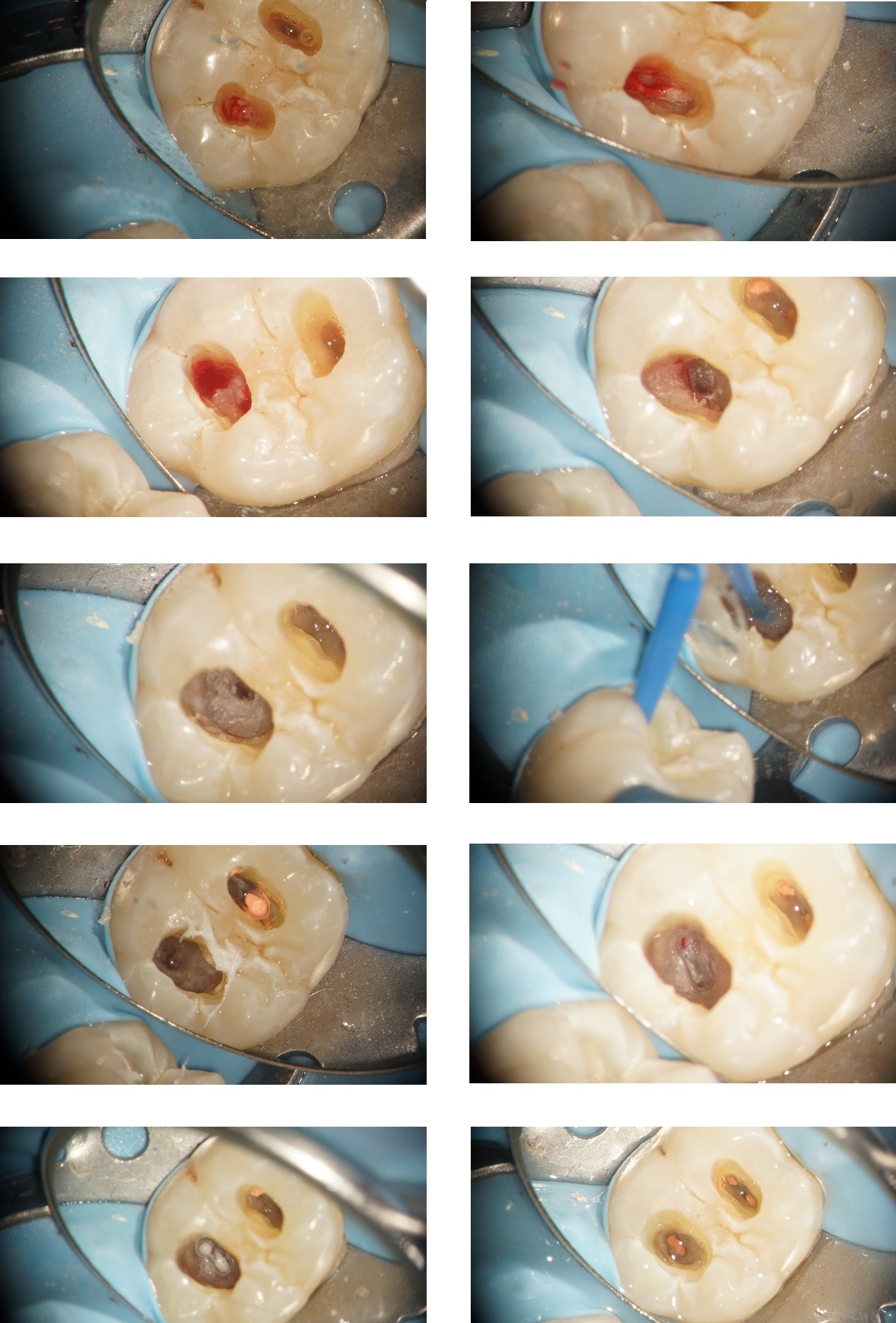 The whole treatment was performed in one visit.